Every summer, the strongest and bravest Florentine men gather to play football in Piazza Santa Croce.

Piazza Santa Croce is located in the center of Florence, just a few steps away from the Italian language school Scuola Toscana.

The “Calcio Storico Fiorentino” – Florentine football is hard, brute, primitive and popular in Florence since the late Middle Ages. For their showdowns in costumes and rules from the 16th Century, players get neither money nor permanent fame. What counts is the honor of representing one’s neighborhood in battle.

There are almost no rules, beating is forbidden, but what you see as an outsider is not always nice to look at: The close fights at Calcio Storico are almost always brutal and bloody. The players are usually active athletes who train rugby, boxing or martial arts – which helps, because the Florentine football is a mixture of all that.

A game lasts 50 minutes. There are no breaks, only interrupted when paramedics have to enter the field. 27 men play against each other. The aim of the game is to move a ball into the net of the opposing team, the ball with his feet or hands may be played and kicked in any way. If the ball hits the net, the team receives one point. If he flies over it, the opposing team gets half a point.

Each player – a total of 54 per game! – may physically attack any opponent at any time. Both punches and kicks and Ringer techniques are allowed. It is forbidden to kick your head and attack your opponent from behind. Furthermore, this “fighting” may take place only in a duel, so only one man against another fight. Exactly this regulation makes the game a mix of boxing and ball sports in which there are often many injuries. Several referees monitor compliance with the rules.

First semifinals on June 9, 2018: the AZZURI of Santa Croce against the ROSSI di Santa Maria Novella

Second semi-final on 10 June 2018: THE BIANCHI of Santo Spirito against the VERDI di San Giovanni

Final on June 24, 2018 for the feast of our patron Saint John the Baptist 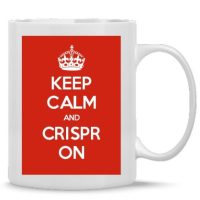