The Battistero has been totally cleaned and now is (almost) visible again ! 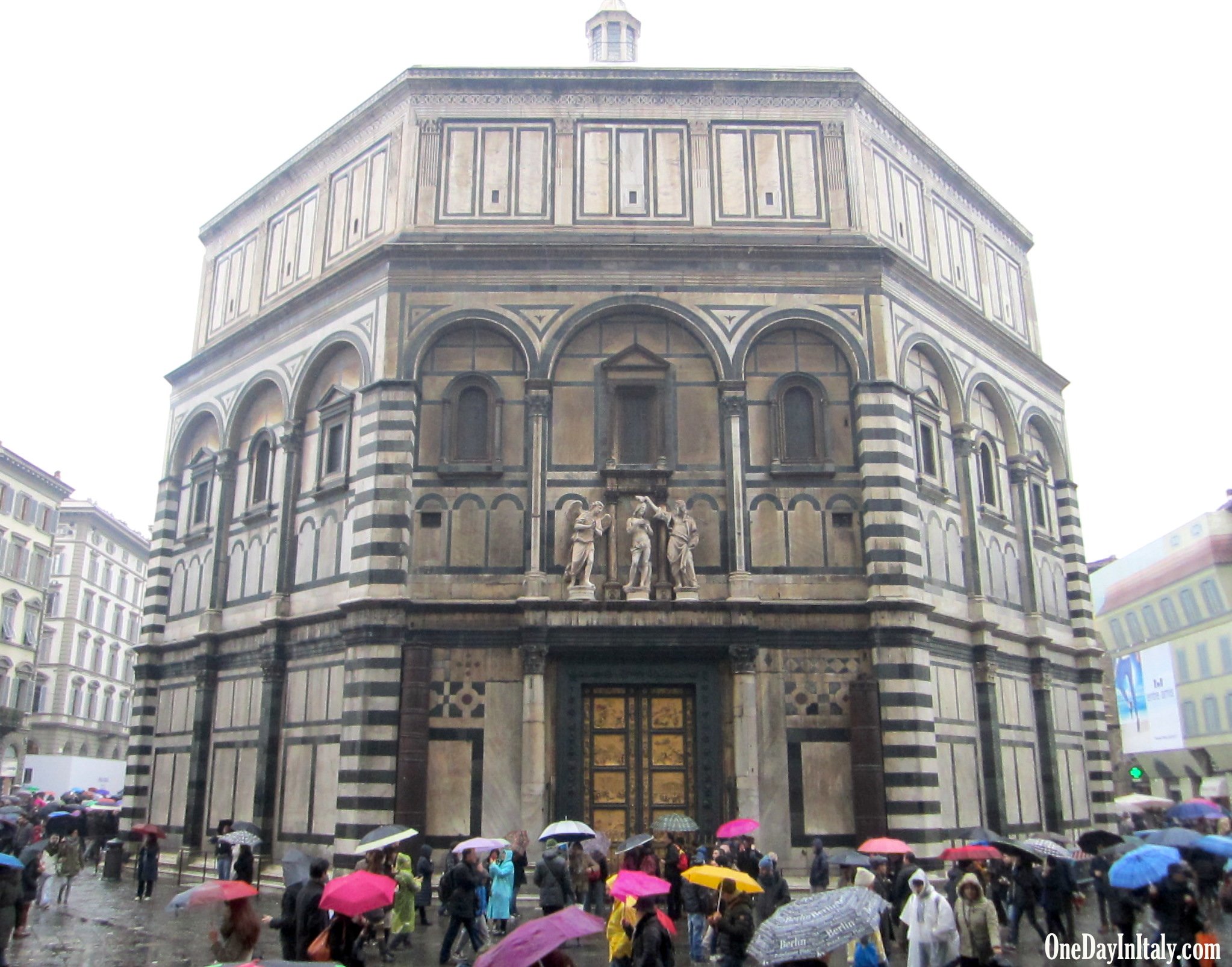 (All photos courtesy of One Day in Italy)

One of the most famous free attractions in Florence are the bronze doors on the Baptistery of San Giovanni that Michelangelo called the “Gates of Paradise”, a classifier that has stuck in the minds of Florentines and foreign admirers for centuries. Lorenzo Ghiberti, a contemporary and rival of Filippo Brunelleschi (the artist and architect famous for designing the incredible dome on Florence’s duomo – read more here), created these marvels between 1425 and 1452.

That’s right – it took him and his team of artisans 27 years to sculpt and cast the two doors, which feature ten panels depicting scenes from the Old Testament. A quarter century earlier, in 1401, Ghiberti had gotten his first commission to create bronze doors for the Baptistery. Those doors featured twenty-eight panels in total: twenty showing scenes…